For those of you who haven’t read every word of every blog I’ve written, allow me to tell you that the t-shirt I am wearing in the above photo is a professional photo of my God-given breasts. I had t-shirts made of my breasts for all of my family to wear to my mastectomy cause I am evil like that. Nothing like having your father-in-law wearing your boobs. Mwahahaha. 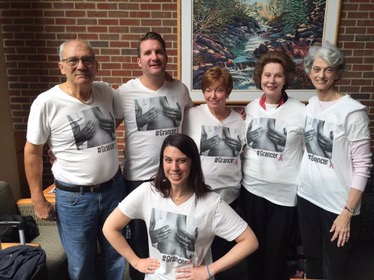 I saw my plastic surgeon one last time before my reconstructive surgery in less than 2 weeks. Here were my questions, as I wrote them in my notes:

Let me start by saying that all of my doctors probably think I am an insane person. I hide actual fear with humor that is usually pretty bad  as I am making it up on the fly while I am sweating with trepidation. I would say about 50% of my care providers laugh at my jokes. What percentage actually think I am funny is questionable. They may just be ‘humoring’ me (get it?!). The other half don’t even pretend to get me. I choose to believe they have zero sense of humor vs the alternative of me actually not being funny.

Anyhoo, the surgeon said that it would be 6 weeks before I could sleep on my stomach (NOOOOO). Left breast might be a smidge bigger, but nothing he can’t tweak when putting in the implants. He will not look for cancer because he doesn’t go deep within the incisions and he is not an oncologist. I will be very, very asleep during surgery. And he rolled his eyes mightily when I asked about the port, as he has taken out tons of them.

The arm position posing deserves its own paragraph ’cause it was ridiculous. I posed in the strangest positions you can imagine while topless in front of 1) my surgeon, 2) a Resident shadowing him and 3) my sister. At one point I found myself in the Thriller zombie-attack arm pose and that is when I knew I had to slow my roll. The doc basically said that he will do his very best to craft perfect, brand new breasts, but he also suggested I try not to pose like an idiot while nude, in order to avoid any odd breast indentations. No Naked Thriller dancing for me. Wah Wah.

He did, however, say that there is one indented area that is large enough to need some fat transferring. YEESSSSSSSSS! This means that he needs to harvest some fat (lipo) from my stomach in order to fill in the indentation. Insurance company cover your ears now… I told him that I would have no problem with him taking perhaps a lot more fat than he thought he needed just in case (WINK WINK).

This also means I will have two procedures and 3 wounds, but whatevs. FAT TRANSFER FOR PRESIDENT.

Also this week, I have been working on getting my fitness on at least 4-5 days a week. This week I have gone bicycling, run/ walked, gone to yoga and went boxing.

The boxing gym I go to honored Pink-tober by doing a fundraiser called, “Kick For a Cure.” Usually the work out includes all kinds of punching and kicking, but this day, every stop on the circuit was kicks which were tallied up and a percentage was donated to the American Cancer Society. As the resident bald breast cancerlebrity, I was obviously the star of the day (maybe only in my mind?). It felt wonderful to get my sweat on, all while raising awareness and cash! 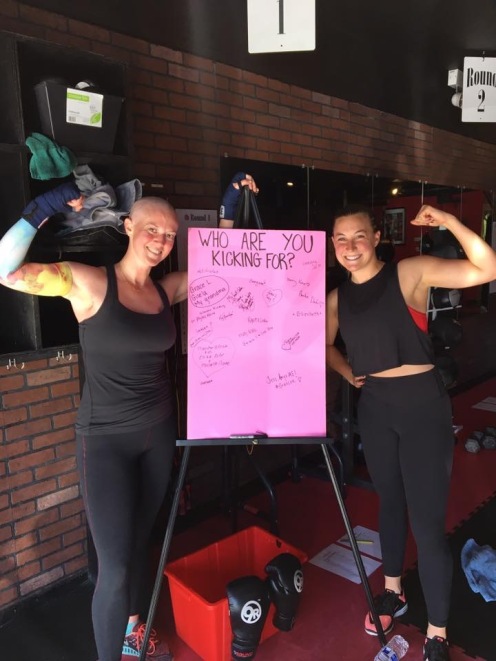 Try to look past my, Sponge Bob-like body 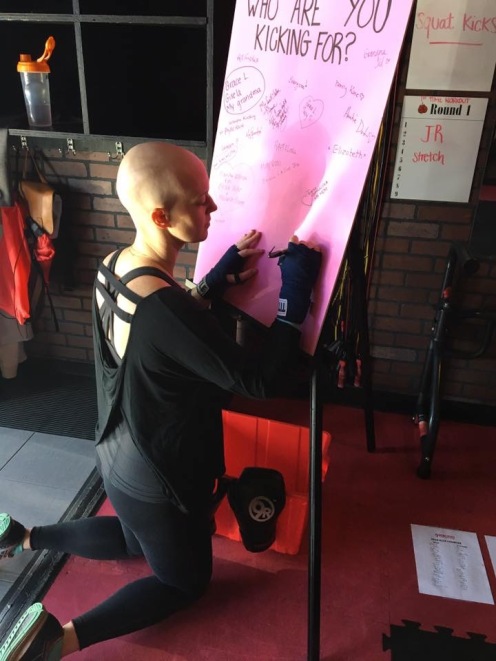 Also, it’s getting chilly out so I sometimes need a hat. All our winter gear is still in the crawlspace which I refuse to go into (cancer card) and my husband has been in Switzerland all week (don’t get me started) so I have had to get creative with warm headgear. 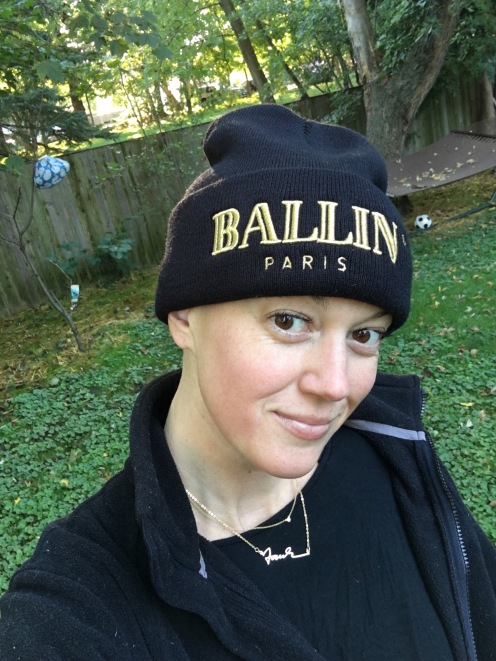 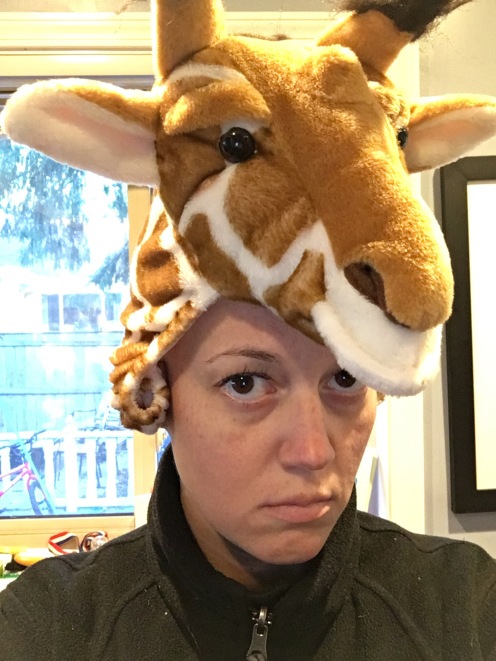