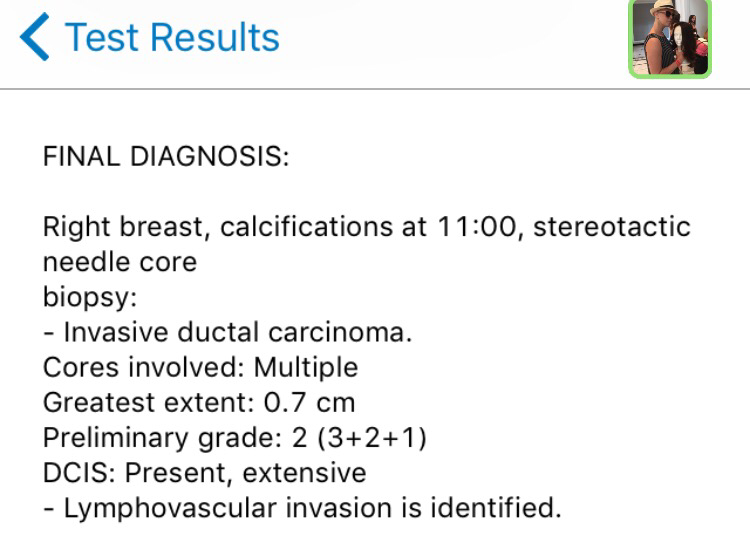 One year ago today I was diagnosed with Invasive Ductal Carcinoma of the breast. I didn’t see it coming.

I had had a biopsy, as a mammogram had shown a tiny area of calcification that the doctors were sure was nothing. I was told I would be called with the results in 2-3 days. I was approximately 0% worried and went on with my life.

24 hours after the biopsy, at 5:30pm, I received a call from UNKNOWN CALLER. My 3 young kids were eating dinner and I was standing at the sink- no other adults in the house.

It was the breast surgeon who 3 days prior had done an extensive breast exam and said I had nothing to worry about. She opened the call with, “Do you have a few minutes to talk?”

What are you going to say when a breast surgeon calls you after hours from her cell phone? No, I don’t have time to talk? I still didn’t think it would be very bad news- DCIS as the worst option in my mind- so I cheerfully said, “sure!”

“I am shocked by these results, Grace, and I am so sorry to tell you that the biopsy showed that you have invasive ductal carcinoma- cancer.”

Standing alone at the sink, watching the cars drive by, my 3 little kids eating at the table behind me. The wind left my body, as did any semblance of the life I had lived for 35 years.

As I watched those cars continue to go by, I was frozen. Only essential bodily functions like a beating heart and inflating and compressing lungs remained. Any chatter from the children behind me drowned out. It was a vacuum of shock and fear.

I don’t remember much about the rest of the conversation other than writing down some dates and phone numbers. I hung up the phone and was forced to hatch a plan without my children knowing that everything had just changed.

The first thing I did was call my mom. I think the conversation went something like this:

“Mom, I have cancer, I need you to come over.” She lives 4.5 miles away and was in my house within 15 minutes.

The next thing I did was call my husband at work. At this point I had started to cry, but when a colleague of his answered, I switched on my ‘everything is fine’ voice and asked if Joe was there. He was with a client. “Great, have him call me…?”

Next I called my sister, who answered as she sat on a crowded train downtown. I was unable to allow her the space to hear this information in a calm, empty space and blurted out that I had cancer. She was at my house in the suburbs within 45 minutes.

Next I called my closest friend Lesley. I was definitely crying at this point. Not the heavy, heaving sobs that would follow, but the breathless, staccato tears that come with shock. She wouldn’t let me get off the phone until my mom arrived, even though I am sure I wanted to hang up. I am so grateful for this quick thinking of hers, as the 3 minutes I could have spent with no link to another adult before my mom arrived could have been disastrous.

Truly I can’t tell you what happened the rest of that night. I am not even sure if I told my husband on the phone before he got home or if my mom or sister told him. I think I had been reduced to a puddle of only basic functioning at that point and my memory was definitely not in the “on” position.

Anniversaries come in many forms. Mostly we think of happy things like weddings. But for those of us who have lost people, we also think of death. The first anniversary of my father’s death was of tremendous importance to me. It forced me to re-live the day I watched him take his last breaths, but it also opened a door for me to start moving past it. The earth had made a full rotation around the sun, a feat of science so incredible it created all human sense of time. If the earth could continue to rotate around the sun despite undeniable forces like gravity and asteroids, I could keep taking steps forward.

As much as the external world makes me feel like I should be celebrating life today, it is a solemn day for me. Today I mourn for the life I had before. I mourn for the physical and emotional pain I had to go through. And I mourn for all those around me who had to sit back and watch. How horrible it must have been for them.

Scars will heal. Hair will grow back. Strength can be regained. What won’t change is what it feels like to find out you have cancer.

Tomorrow I will work towards celebrating the gift of my life again, but today I will allow myself the space to grieve for a life I had before I picked up the phone at 5:30pm on April 19, 2016. 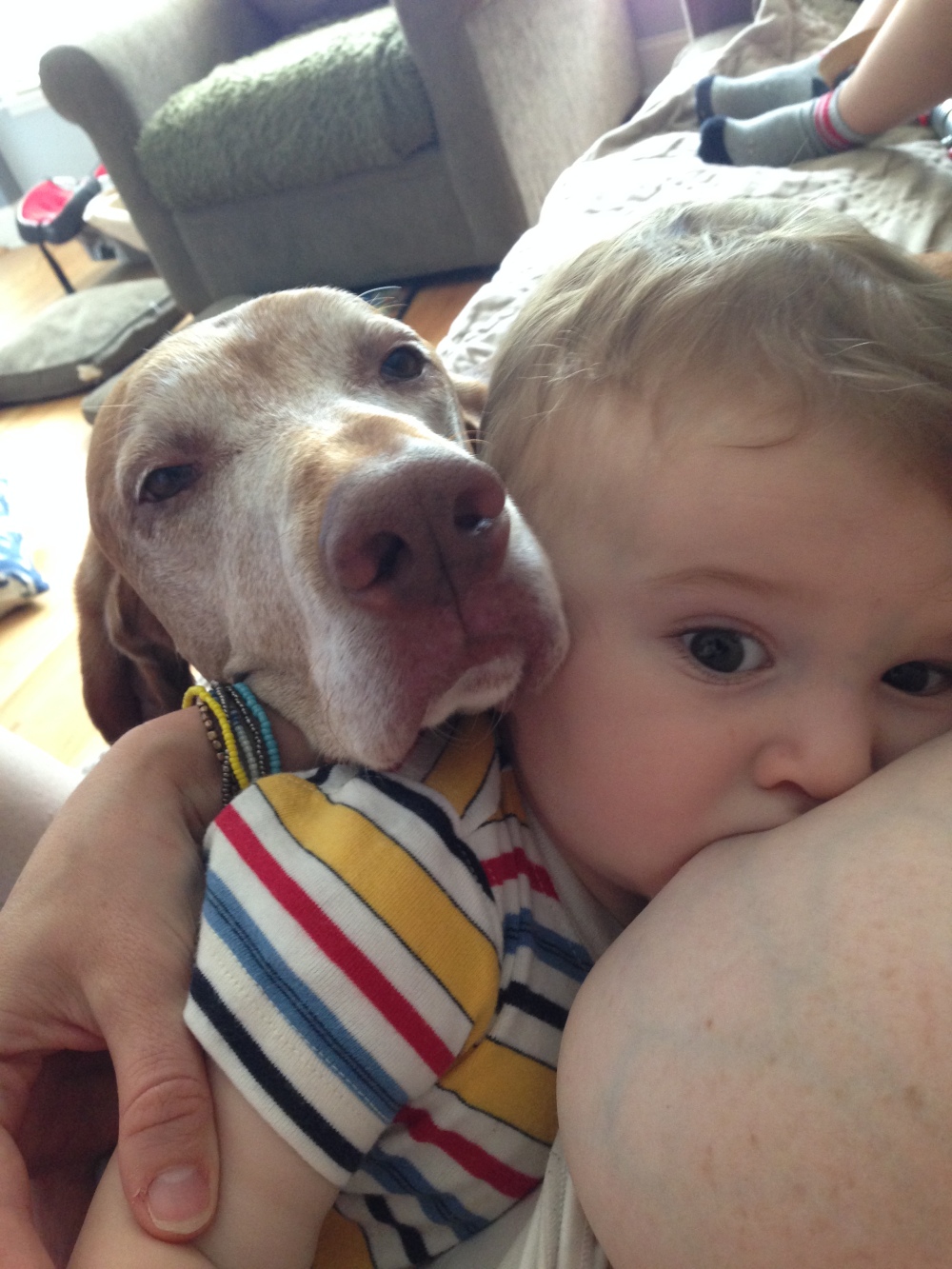