When I was sick with breast cancer, people all around me stopped what they were doing to care for me. This took the shape of friends re-arranging their schedules to drive my kids around, my husband becoming the husband and the wife, and my mom and sister screeching their lives to a halt to basically become my ladies in waiting.

I knew, to a degree, that this was happening, but I was too sick/scared/stoned to really get it. I didn’t have the mental capacity to give the concept any level of deep contemplation. And when I ‘got better’ (Ahahaha!) I never stopped to look back at the endless sacrifices that were made on my behalf. Sure, I thanked people, but I didn’t get it. At all.

In 3 short years, the tables have turned and I have become the caregiver. My mother is dying.

The story is so long and convoluted that I think it best to spell it out in short bullet points:

If you have tried to communicate with me since September of last year and noticed I seemed off, it is because my brain has been in a constant state of WTF for months. All while caring for my own 3 kids, I now have become the primary caregiver to my beloved, ailing mom. 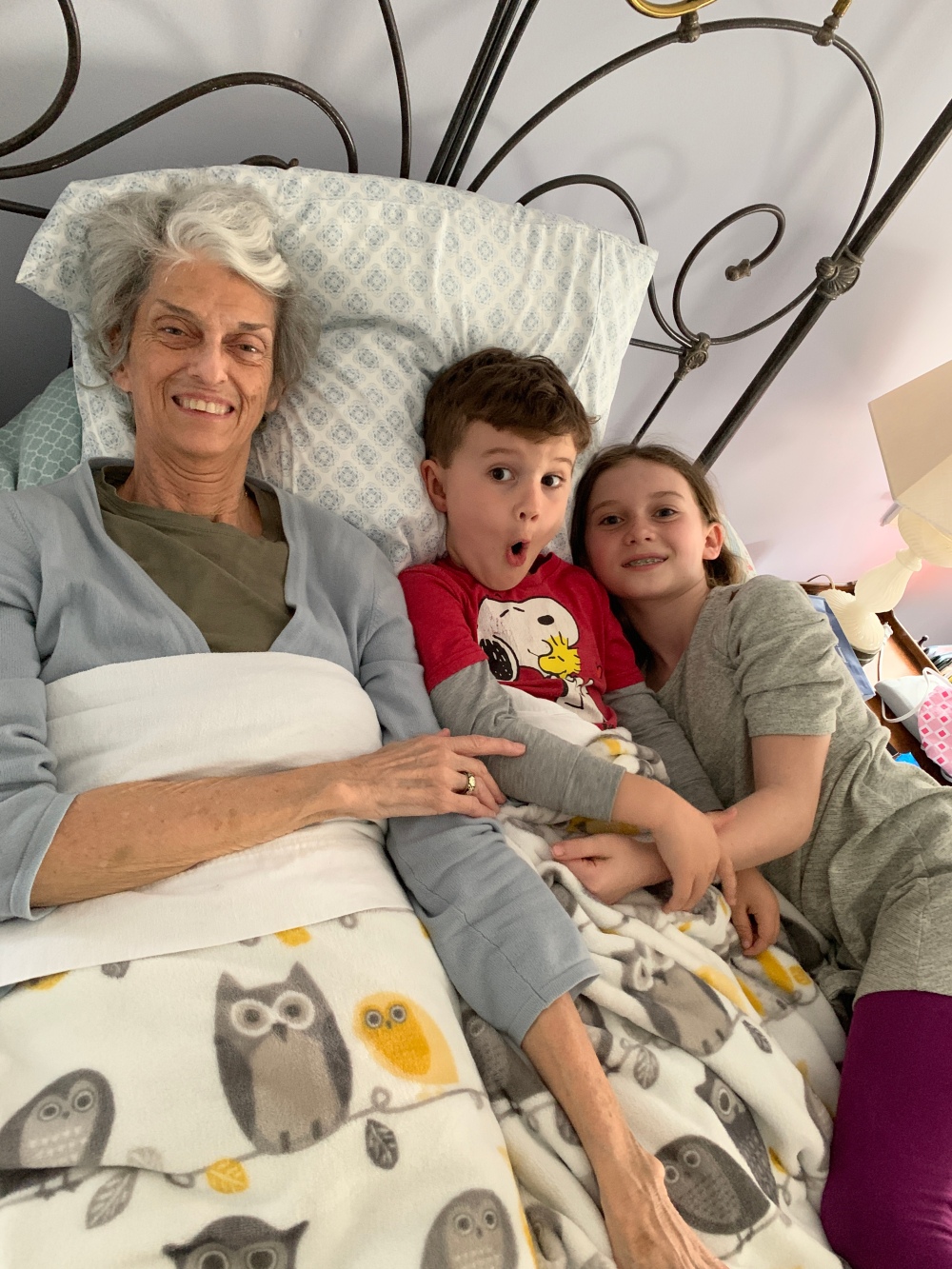 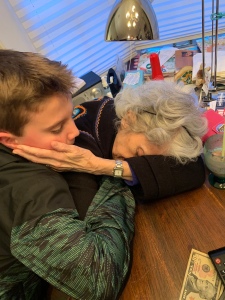 Now, caregiving is some real bullshit. To call it ‘hard’ would be the understatement of the year. You are caring with every fiber of your heart and ability and are giving of all your time and energy.

Due to mom’s short term memory loss (we are SO lucky that her intellect hasn’t been affected), she needs someone with her most of the day. We have hired a caregiving company that has wonderful women in her home with her every day. You would think this would let my sister and I off the hook. We still bear responsibility, of course, and have to do almost everything either personal or high stakes.

We manage her drugs, go to all of her millions of doctors appointments, manage all medical maintenance, arrange care for her dog and home, pay all bills, etc.

Add to that the emotional toll it takes on you to watch your mom ‘fail to thrive.’ The severity with which I want to shove cookies down her throat is overwhleming. But she put it best, “The idea of putting food into my mouth seems as foreign as putting food into my elbow.” The satiety part of her brain has just stopped working and there isn’t an edible strong enough to turn it back on. Believe me, I have tried.

We don’t have a clue how long mom has, as this isn’t a defined disease process. What we do know is that she is here now and, despite forgetting that you talked to her on the phone 3 minutes ago, you can still have lovely, meaningful conversations with her. She knows exactly who everyone is and their connections to her life.

Mom understands that she is dying. She has always supported and believed in hospice care and is grateful for them now. I wish I could say she is comfortable, but I have learned that dying isn’t always cute and the magic box of hardcore meds they leave in your fridge can’t cure that ‘hit by a truck’ feeling.

I am writing this for 3 main reasons:

If you are interested in reaching out to mom, the best way is by text message or email, as there will be a record of it. Should you wish to visit her, please go through me first.

I keep re-writing the sentence, “What we need now is…,” but I can’t think of anything to write that makes any sense. I don’t know what we need. I don’t really believe in prayers. A casserole sure as hell won’t do anything, and I feel like I have already used up all my sympathy points, between my dad dying 6 years ago, losing my mother-in-law and step-father-in-law within weeks of each other 3 years ago, and my own cancer odyssey.

I could become an orphan before I turn 40, so I guess what I need is a fabric of surrogate parents and parent-adjacents. I’ll let you know when I start taking applications.

I ask that you grant me mercy for my social and functional shortcomings, both past and most certainly future. My mom may have named me Grace, but there is no one, I mean NO ONE, who has shown more Grace to this world than Mary.